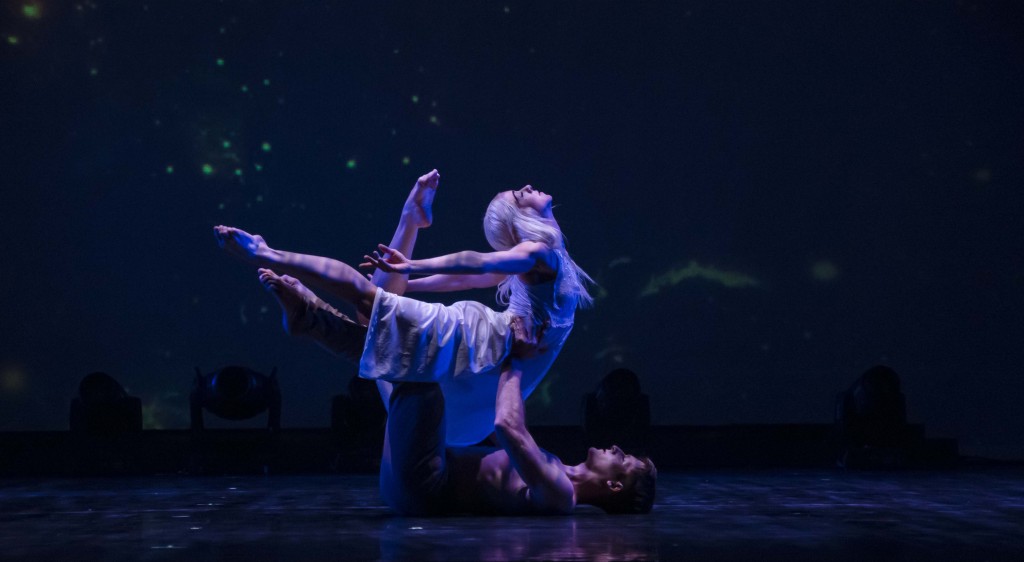 Choreographer and co-creator of the international hit dance show Rock the Ballet, Adrienne Canterna speaks about her new venture with the Bad Boys of Ballet – ‘Romeo and Juliet’ which is being performed at the Peacock Theatre in Holborn until Sunday 29th March 2015.

“Tell” was the confident response from a contestant on a popular TV quiz show, in answer to the question: “Which William wrote Hamlet”? Tonight’s audience will surely know not only who wrote Hamlet, but that this colossus of the English language also conceived the characters and tragic tale of Romeo and Juliet, but you never can tell!

Many Shakespearean narratives have been interpreted in dance, including Hamlet, The Winter’s Tale (for which Christopher Wheeldon won Best Classical Choreography in the National Dance Awards, earlier this year) and several versions of A Midsummer Night’s Dream. But, by some margin, the most prolific use of Shakespeare as an inspiration for ballet is via the tragedy of Romeo and Juliet.

The first recorded staging was not in Verona, but Venice – in 1785 – by a long-forgotten choreographer, named Luzzi. The Royal Danish Ballet performed another interpretation in 1811 but it was Sergei Prokofiev’s score that lit the slow-burning fuse towards today’s viral plurality. For reasons bound up with the volatile politics of Stalinist Russia, Prokofiev’s music for Romeo and Juliet remained unused for three years. It was not premiered as a ballet in Russia, but in the Czech city of Brno – on the eve of New Year’s Eve, 1938 – in a version choreographed by Vania Psota, starring Zora Semberová as Prokofiev’s first Juliet. But, it was Leonid Lavrovsky’s interpretation that became one of the most influential ballets of the 20th Century. His production premiered in Leningrad, on 11th January 1940, not long before the ravages of war engulfed that city.

Many of ballet’s most famous “sons” have subsequently tackled Prokofiev’s score, including Frederick Ashton, John Cranko, Yuri Grigorovich, Peter Martins, John Neumeier, Rudolf Nureyev (his production is still danced by English National Ballet), Krzysztof Pastor (currently danced by Scottish Ballet) and Alexei Ratmansky. Mark Morris choreographed a long version to the reconstructed, complete Prokofiev score in 2008. Kenneth MacMillan’s production for The Royal Ballet, with Rudolf Nureyev and Margot Fonteyn premiering the title roles in February 1965, has become one of the most enduringly popular of all Romeo and Juliet choreographies.

What should be obvious is that every choreographer referenced is a man. A few females have tackled the story, such as Izadora Weiss in Gdansk and – just last year – Laura Macias for the Teatre Principal in Palma, Mallorca. This tiny list has now expanded to include Adrienne Canterna.

Although Rasta Thomas’ name takes prominence on the posters, this is very much Adrienne’s project. “I choreographed the ballet but the show was created under the umbrella of Rasta’s company”, she explains. That company – Bad Boys of Dance – has been touring the world with Rock the Ballet and the sustained commercial success of Canterna’s choreography led their German producers to back her project. Canterna’s new ballet premiered in Hamburg in autumn 2013.

Why did she feel the need to add to an already extensive catalogue of balletic Romeos and Juliets? Her answer lies partly in personal ambition: “It’s been my dream to tell this story for years”, Canterna explains. “It moved me in an unexplainable way when I first read the text as a teenager. I’d always wanted to dance Juliet and when I started to dabble in choreography, it was the first story that I had to tell through movement”.

Her motivation also lay in changing the lens through which the story is seen. “The narrative is normally developed through the context of the feud between the Montagues and the Capulets, channelled through the perspective of the parents” she says. “But, I wanted to tell it through the teenagers’ eyes because the story concerns their bold choices; their rebellion; their passion; and their irrationality. This is fertile material to be expressed through dance where the body language can be so strong”.

In terms of performers, Canterna’s production is less populated than all of those previously mentioned. “The biggest difference is structural”, she confirms. “We don’t have huge marketplace scenes with an abundance of townspeople, which I find to be quite irrelevant to the telling of the story”. Her choreography employs just ten dancers.

The parents are gone altogether and in their place, Canterna has emphasised the roles of both Friar and Nurse. “In my eyes, the parents are incidental anyway, especially the Montagues”, she explains. “So, I’ve developed the roles of Friar Laurence and the Nurse as paternal and maternal figures. As a woman, that’s how I got the text anyway”, she adds. “The Nurse cares for Juliet as if she is her own flesh and blood and I wanted their relationship to be a close as possible”.

Paris has also been upgraded. “He rarely gets much stage time and yet he’s such an integral part of Juliet’s life”, she explains. This leads to one of several references to a female choreographer’s particular take on the story: “I think back to when I was a teenager and imagine if I was promised to this man that I didn’t know, and then all of a sudden I meet the love of my life”, Canterna explains with passion. “I can empathise with how Juliet must feel towards Paris and understand the conflicts that ensue and the choices she makes because of this engagement that she has no control over. As a woman, I am totally affected by that feeling of being trapped”.

She believes that the intimacy of her small cast accentuates the core essence of the story. “Events just snowball so quickly and without all those extra townspeople you really get a feel for each character: you know distinctly who they are and what they’re about”, she says. It is nonetheless a tough haul for the dancers and a character dying doesn’t mean the end of the show for that performer, as Canterna explains: “I use these dancers as ensemble members to fill the space although you can’t recognise their original character due to costuming and staging”.
She is quick to add that her production doesn’t change Shakespeare’s text. “I would never attempt to do that because it’s perfect in every way”, she says. “All I have done is change where some activity takes place because I think it affects how the audience will feel; for example, where the wedding is; where Mercutio’s murder happens”.

Perhaps the most important diversion is that she has not been a slave to Prokofiev’s score. “When I first envisaged my Romeo and Juliet, it was as a one-act version to Vivaldi’s The Four Seasons, which I felt would be a perfect match”, she explains. But, as the concept evolved into a full-length work, I’ve cut and mixed Four Seasons with some of Prokofiev’s score and other extracts of both classical and pop music”. It is a courageous move but one that she feels better meets the expectations of new audiences for dance today.

“This juxtaposition of many sounds fits my intention of telling the story from the perspective of two teenagers”, she says. “It needs a different musical soundscape to capture their emotions because we can express things louder now; teenagers have more freedom and they’re allowed to be more radical”. She warms to the theme that I perceive to be at the heart of her creative concept: “I’m expressing their feelings though movement and body language and I needed a mix of different sounds to push those emotions through the dancers’ bodies. Today, I feel that we need to speak to dance audiences – especially younger people – in many different ways to express emotions that were dealt with differently in the past. And I use music as a vital tool to help achieve that understanding”.

Canterna is at pains to emphasise the importance of body language in her work: “In our production, dancing is secondary to making sure that the audience is with us every step of the way”, she explains. “I want audiences to get it when they see it. It’s Shakespeare seen through music and dance interpreted in body language, not in terms of traditional ballet, where it is often dance and then acting…..dance and then acting. Here, we speak with our bodies and that is a really powerful thing when done properly”.

I am left in no doubt that Canterna is bringing something refreshingly new to a familiar story. Partly through the lens of a female choreographer and partly through the sharpening of her “Bad Boys of Ballet” antennae for what young audiences want to see, in a new commercial brand of ballet. Her focus on the intimacy of the tragic love story, played out by a cast of just ten, and her development of an innovative musical score will surely mean that this is a Romeo and Juliet like no other. By literally banishing the parents from the story, she seems to provide a metaphor for engaging young people with a narrative they might not otherwise experience. She might also be helping to ensure that this generation will not answer “Tell”, when asked which William wrote the play!