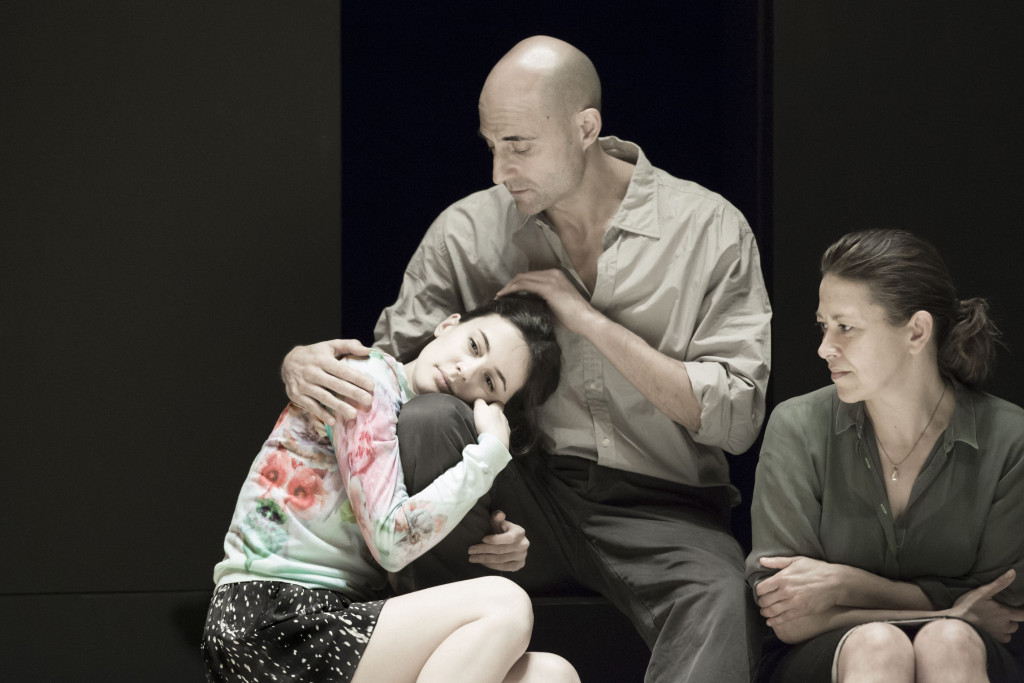 A View from the Bridge
BY Arthur Miller

Strong (Twelfth Night, Death of a Salesman) is joined by fellow original cast members Emun Elliott as Marco, Phoebe Fox (As you like it, King Lear) as Catherine, Michael Gould as Alfieri, Luke Norris as Rodolpho and Nicola Walker (The Curious Incident of the Dog in the Nighttime) as Beatrice and Richard Hansell as Louis in Ivo van Hove’s five star Young Vic production.

Arthur Miller confronts the American dream in this dark and passionate tale. In Brooklyn, longshoreman Eddie Carbone welcomes his Sicilian cousins to the land of freedom. But when one of them falls for his beautiful niece, they discover that freedom comes at a price. Eddie’s jealous mistrust exposes a deep, unspeakable secret – one that drives him to commit the ultimate betrayal.

“Our Young Vic audiences were in no doubt that this is truly the production of a lifetime. I am thrilled so many more people will share this exceptional experience. We’re delighted to be playing in the West End for the third year in a row, welcoming new audiences to the style and ambition of the Young Vic.” David Lan – Young Vic Artistic Director

Written by Arthur Miller
Directed by Ivo Van Hove
Design and lighting is by Jan Versweyveld
costumes designs by An D’Huys
sound design by Tom Gibbons.

A View from the Bridge is produced in the West End by the Young Vic.

Prices
£19.50 – £59.50 Monday – Thursday
£24.50 – £62.50 Friday and Saturday
In keeping with the Young Vic’s commitment to accessible pricing, at each performance of A View from the Bridge at Wyndham’s Theatre there will be £10 seats for Under 26s plus over 50 tickets at under £20 for every weekday performance.
all prices include a £1 theatre restoration levy and booking fees

Update: 17/1/2015
There will be a NT LIVE Broadcast confirmed for A View from the Bridge

On Thursday 26 March 2015 at 7pm, cinema audiences will have the opportunity to watch Mark Strong lead the cast in Ivo Van Hove’s five star Young Vic production of Arthur Miller’s A View from the Bridge broadcast from the Wyndham’s Theatre in London’s West End as part of National Theatre Live. The National Theatre’s ground-breaking project, NT Live, broadcasts the best of theatre live from the stage to cinemas across the UK and around the world. Over 1500 screenings will take place in over 40 countries with further encore screenings to be announced. Tickets for the A View from the Bridge NT Live screenings are on sale now.
This is the Young Vic’s second collaboration with NT Live, following the broadcast in September 2014 of Tennessee Williams’ A Streetcar Named Desire, directed by Benedict Andrews and starring Gillian Anderson, Ben Foster and Vanessa Kirby.