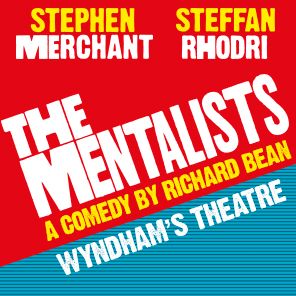 This new production of The Mentalists, will be directed by Abbey Wright. 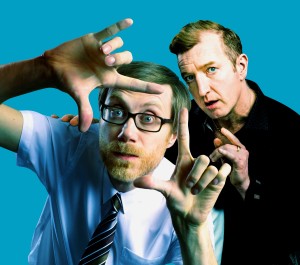 Ted (Stephen Merchant) has a master plan to revolutionise the world – and with help from his best friend Morrie (Steffan Rhodri) and his video camera, it may just go global! But Morrie begins to suspect that Ted’s in trouble as unpaid bills and cryptic phone calls start to mount; and as the world closes in, there is only one way out, in this hilarious, sharply written and touching comedy.

Since writing The Mentalists, originally part of the Transformation season in 2002 at the National Theatre, Richard Bean has gone on to score West End successes with One Man, Two Guvnors and Great Britain, both directed by Nicholas Hytner. Most recently, Bean wrote the book for Made In Dagenham, which premiered at the Adelphi Theatre in 2014, starring Gemma Arterton and directed by Rupert Goold.

*All ticket prices include a £1.25 theatre restoration levy and a £2.25 online booking fee. An additional 50p will be added to telephone bookings
BOX OFFICE: