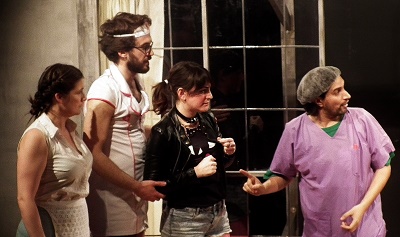 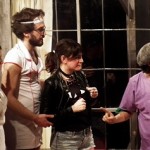 The Doctor in Spite of Himself

Critically acclaimed French theatre company Exchange Theatre return to the Drayton Arms this summer with a new adaptation of Moliere’s rarely-performed French farce The Doctor In Spite of Himself, playing in both English and French as part of the Bastille Festival 2016, which also includes workshops and other French productions.

In this classic Moliere affair, nothing is quite what it seems. Sganarelle is a drunk and beats his wife, who in return spreads the word that he is actually a brilliant doctor who can only work when he is beaten. Cue a stream of patients and beatings – and in spite of himself, it seems Sganarelle can perform miracles after all!

This farce marked Moliere’s return to the genre after a couple of years in the wilderness trying to take himself more seriously, and as such forms the basis for much of his later, more famous work. Unjustly overlooked, The Doctor In Spite of Himself offers a protean look into Moliere’s trademark wit, and a rare treat for French theatre lovers.