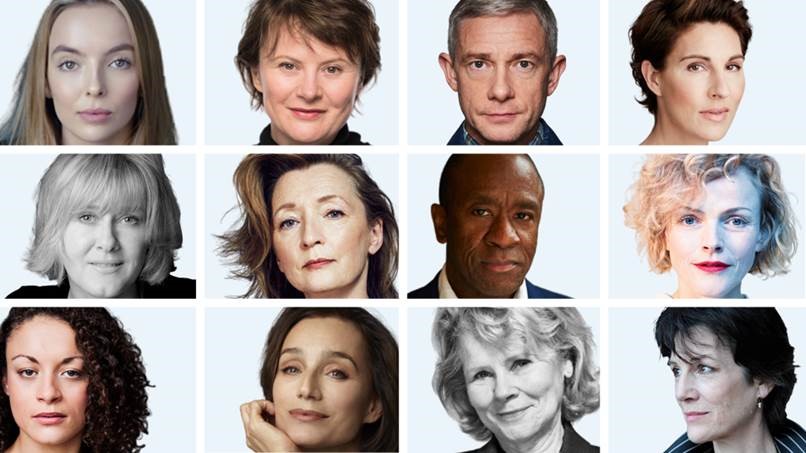 Ten of the original pieces will be re-made with the addition of two new ones written by Bennett last year. They are produced by Nicholas Hytner’s London Theatre Company and Kevin Loader, and will air in the coming months on BBC One.

Alan Bennett says: “In such difficult circumstances, that the BBC should choose to remount both series of Talking Heads, and produce two entirely new ones, is a comfort and a huge compliment. I hope a new generation of actors will get and give as much pleasure as we did twenty and thirty years ago.“

Talking Heads is a series of monologues originally broadcast by the BBC in 1988 and 1998. The series broke new ground for television and widely celebrated as Alan Bennett’s masterpieces. They had a stellar cast including Patricia Routledge, Maggie Smith, Stephanie Cole, Julie Walters, Thora Hird, Eileen Atkins, David Haig and Penelope Wilton, alongside Bennett himself. The monologues won two BAFTAs, an RTS award and have also since been included on the A-level and GCSE English Literature syllabus.

The monologues which will air on BBC One in the coming months are as follows:

Jodie Comer in Her Big Chance (1988), directed by Josie Rourke

Monica Dolan in The Shrine (2019), directed by Nicholas Hytner

Martin Freeman in A Chip in the Sugar (1988), directed by Jeremy Herrin

Tamsin Greig in Nights in the Garden of Spain (1998), directed by Marianne Elliott

Sarah Lancashire in An Ordinary Woman (2019), directed by Nicholas Hytner

Lesley Manville in Bed Among the Lentils (1988), directed by Nicholas Hytner

Rochenda Sandall in The Outside Dog (1998), directed by Nadia Fall

Kristin Scott Thomas in The Hand of God (1998), directed by Jonathan Kent

Imelda Staunton in A Lady of Letters (1988), directed by Jonathan Kent

Harriet Walter in Soldiering On (1988), directed by Marianne Elliott

The Talking Heads production team are following the latest government guidelines on Covid-19 to ensure that the series is made safely and responsibly.