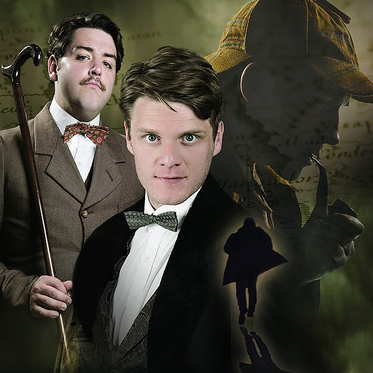 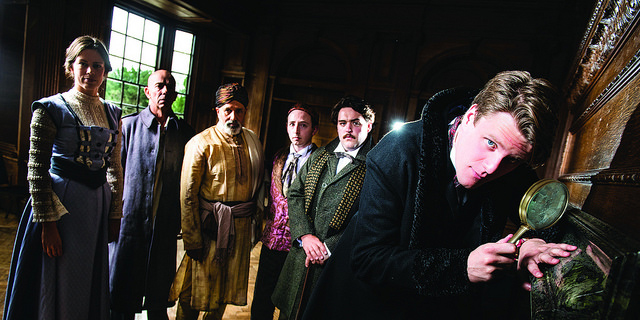 The Game is Afoot!

As far as detective stories go, you can’t get much better than Sherlock Holmes. Holmes is, officially, the most portrayed literary character in film, television and theatre. As a dedicated fan, I have seen many of these various adaptations and was thrilled to be offered the chance to add another to my collection, particularly by the wonderful Blackeyed Theatre company.

The Sign of Four is arguably the most difficult of the four original novels to portray on stage, and so was an interesting choice for the company. The plot is intricate, requiring a great attention to detail by the actors and audience alike. Sadly, some of these details were lost in the quiet delivery of some key lines in Act 1, leaving a few of those in the audience without prior knowledge of the plot in the dark for a while. I am glad to say that the delivery was much more projected towards the end of Act 1.

The set is, as I have come to expect with Blackeyed Theatre, an intricate piece of design. Every piece slots together to form a variety of different scenes, driving the story onwards. As this set movement is taking place, the audience is entertained by the company’s own live music performed by the actors.

The pace of the story seemed, sadly, rather slow. There was a lack of excitement for some audience members, perhaps simply due to the story itself being one of Conan Doyle’s more detailed pieces, with several flashback stories in-built. However, other members of the audience were delighted by the performance!

Luke Barton’s Sherlock Holmes was a quiet man; calmer than some other portrayals of the character but just as curious and funny, demonstrating his “interesting” skills on his beloved Stradivarius as Watson attempts to sleep. Other members of the ensemble (Stephanie Rutherford, Christopher Glover, Ru Hamilton and Zach Lee) showed great skill and dedication by portraying so many other characters to move the story along.

It was Joseph Derrington’s Doctor Watson who stole the show, however. His portrayal of Watson is refreshing and bright, as an intelligent, emotional man, perfectly capable of something other than “comic relief”. His narration was beautiful, providing humour and humanity.

Ru Hamilton is certainly to be congratulated on his vocal abilities! Each of his characters has a completely different voice and accent, each one highly precise. Another member of the audience commented that she had never heard her particular Scottish accent so accurately imitated!

A mixed reception, perhaps, but there can be no denying the talent of the any of the members of the Blackeyed Theatre company, as they perform a rather difficult Victorian novel with fresh perspectives.

Sherlock Holmes: The Sign of Four is currently playing at Worthing Theatres until Saturday 22nd