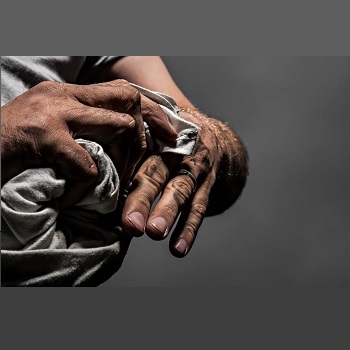 Commemorating the 75th anniversary of the Sheffield Blitz,

the world premiere of

A hollow sound. Like you’re whizzing something around above your head. Went through me.”

Commemorating the 75th anniversary of the Sheffield Blitz, and the 70th anniversary of the end of the Second World War, Operation Crucible, the debut play by Kieran Knowles, opens for a four week limited season at the Finborough Theatre from Tuesday 28 July – Saturday 22 August.

A story of four ordinary men in extraordinary times… On the 12 December 1940, more than 600 people lost their lives in over seven hours of continuous bombing by Germany’s Luftwaffe. Their objective? Wiping Sheffield’s world famous steel works – the heartland of Britain’s munitions manufacturing – clean off the map. The ruthless attack left Sheffield in ruins – destroying families, shattering a way of life, and changing the city forever.

At 11.44pm on the night of the raid, a single bomb reduced the Marples Hotel, which stood proudly in Fitzalan Square, from seven storeys to just 15 feet of rubble. Only one of the 10 compartments in the hotel’s cellars withstood the blast. Within it, trapped, were four men. This is their story, from beginning to end…

Previously seen as a sold out Sunday/Monday/Tuesday run at the Finborough Theatre in December 2013, Operation Crucible returns to London following an acclaimed National Tour.

Playwright Kieran Knowles makes his professional playwriting debut with Operation Crucible. He is a graduate of Loughborough University, LAMDA, and the Royal Court Young Writers Programme.

Folie à deux Productions follows their critically acclaimed and Off West End Award nominated productions of Summer and Smoke (Southwark Playhouse), I Am A Camera (Southwark Playhouse) and Still Life and Red Peppers (Old Red Lion Theatre) with their first production of new writing, together with new company From Ground Up Theatre Company www.from-ground-up.co.uk

Performance Length: Approximately two hours with one interval of 15 minutes.

Tuesday to Saturday Evenings at 7.30pm | Saturday and Sunday Matinees at 3.00pm

Tickets £18, £16 concessions, except Tuesday evenings £16 all seats, and Friday and