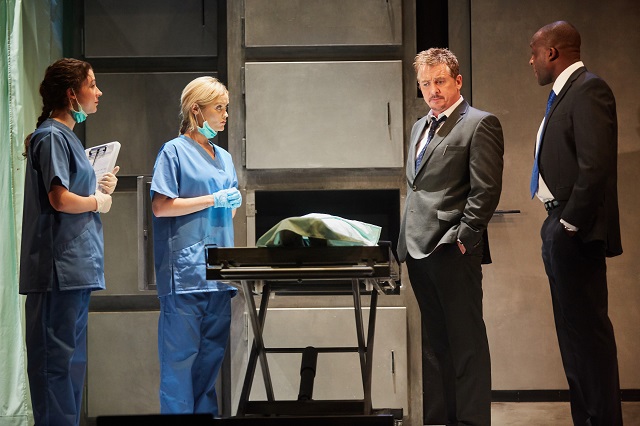 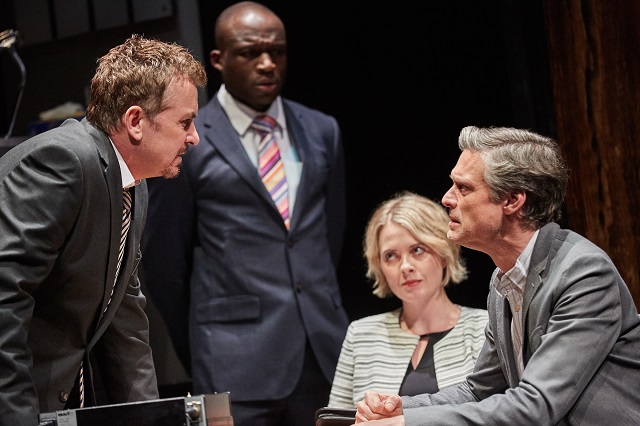 There couldn’t be a better place to see Peter James’ Not Dead Enough than in the Theatre Royal Brighton. Acclaimed as one of the best crime writers in current times, wining the 2016 crime writers highest honour, the diamond dagger and boasting 18 million copies selling world wide Peter James’ Roy Grace series is respected worldwide. His Brighton based crime series books have consistently become best sellers and having had nationwide success with the stage plays of the first two books, Not Dead Enough adapted for stage by Shaun McKenna and directed by Ian Talbot will no doubt follow suit.

The story of Detective Superintendent Roy Grace, played by Shane Richie, develops in the play, as he seeks answers regarding the mysterious disappearance of his own wife, ten years previously, which haunts and jeopardizes his relationship with new love Cleo Morely, brilliantly acted by Laura Whitmore. This storyline is interwoven into the main crime thriller as Roy coupled with his detectives, Glenn Branson (Michael Quartey) and Bella Moy (Gemma Stroyan) investigate the murder of Katie Bishop. The timely interaction between Richie and Quartey, as a superb supporting actor, adds some humorous moments to the gripping twists of the investigation. As Brian Bishop (Stephen Billington) protests his innocence in the murder of his wife the pathology and evidence begins to stack up against him. As the plot continues Stephen Billington becomes a more prominent individual on stage interacting with every cast member, including Cleo’s pathologist assistant Sophie (Gemma Atkins). 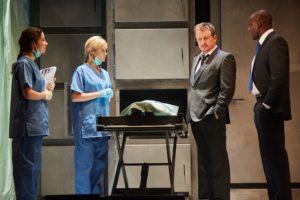 The single and simple stage set is versatile and creates the links as the investigation develops between the police station, the interview room and the mortuary. There are scenes depicting activities in each area as well as scenes associated with the crime of murder. The play delivers a great evenings entertainment for those who enjoy a ‘whodunit’ thriller in modern times as well as for those in the multi million Roy Grace book club. A refreshing display of well acted and current characters brings this third Peter James’ novel to the nationwide stage, in city where the series is set. It is bound to be a sell out in Brighton every night.  The play is showing at the Theatre Royal Brighton from Monday 13th –Saturday 18th February. 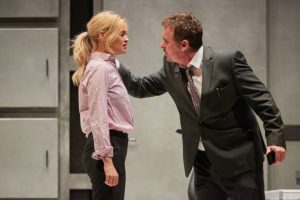