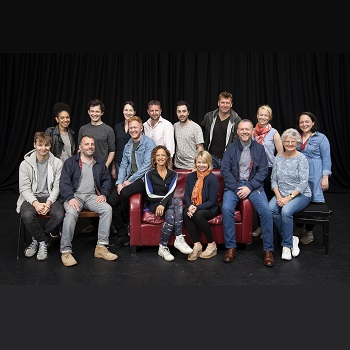 The National Theatre’s acclaimed production of The Curious Incident of the Dog in the Night-Time has welcomed a new company with Sion Daniel Young joining the cast to play the lead role of Christopher Boone.

Based on Mark Haddon’s award-winning novel and adapted by Simon Stephens, The Curious Incident of the Dog in the Night-Time is currently booking in the West End until 24 October 2015.  .

Kaffe Keating will play alternate Christopher.  They are joined by Mark Rawlings and Penelope McGhie who continue with the company and Naomi Said and Simon Victor.