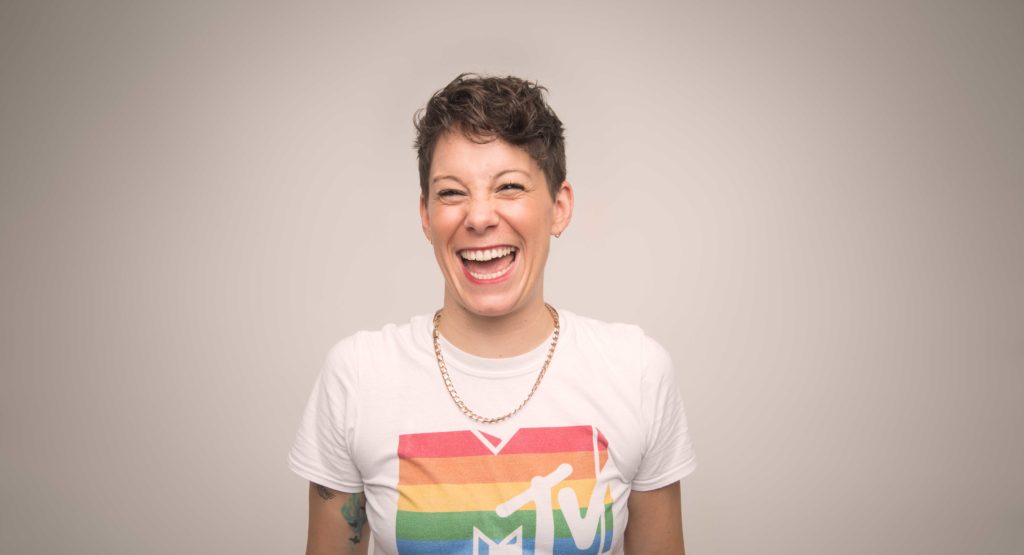 Having earned her stand-up stripes supporting the likes of Romesh Ranganathan, Joe Lycett and Josh Widdicombe on tour, Suzi Ruffell is now feeling in a very good place with her comedy career. After another successful Edinburgh Fringe with Nocturnal, a new show about her inability to stop worrying, she’s taking that fretting across the nation.

“This was the first year at Edinburgh that people were choosing to come and see me, because they’d seen me the previous year, or they’d seen me on TV, or seen me supporting one of the boys on tour, or heard the podcast I do with Tom Allen. I felt that there was a little bit more excitement in the room which is something I’ve been trying to get for years. It feels like I’ve carved out my own audience now and it’s a real privilege.”

Not that Suzi’s seemingly unstoppable rise through the ranks of the British comedy circuit will make her worry any less, as she details in Nocturnal. In the show she mulls (with furrowed brow) over everything from North Korea’s nuclear capabilities to the current state of Britney Spears’ mental health, while she talks of her mind having a regular 3am press conference when all her fears rise swiftly to the surface.

“Being a worrier is a trait in my family. And it gets passed on. My mum was terrified of spiders when I was a kid, and I am now terrified of spiders. In the show, I wonder whether the world is getting better or worse, so I’ve been looking up about plastic and how bad wrapping paper is and worrying about all that. And there are smaller things that go around my mind, like making sure I have time at Christmas to do nice stuff with my mum. And then there are the classics, like dying and not having a pension.”

As some of her fellow comics have told Suzi, when bad stuff happens in real life, good comedy can emerge on stage. That’s all fine and well, but what happens when the curtain goes down and you have to leave the stage behind and keep living with those sad things inside? “Doing a show about heartbreak [2017’s Keeping It Classy] actually made me feel better. Turns out that doing a show about my anxiety has only confirmed that I’m absolutely right to wake up in the middle of the night and worry about things. When I was a teenager I used to think that when I got to 30, I’d have it all worked out. I’d say that I probably know less now.”

One of the main concerns for comics about taking an hour-long show on the road is how to expand the material without it feeling baggy. For Suzi, this is rarely a problem as events keep happening that feed into her work. During her last Edinburgh Fringe run, controversy broke over the news that Jack Whitehall was set to play the first major gay character in a Disney production. Suzi felt obligated to have her say, and it proved that she could work fresh content into her show with ease.

“The material will be pretty much the same as the Fringe version but I like the show to keep growing on tour; it doesn’t have to be locked and loaded. The thing about stand-up comedy is that it’s a live, exciting experience, so I can be a bit looser with some stories and be more playful.”

Suzi’s profile has become bigger over the past year and her appearances on the small screen haven’t hindered that progress. She now has Mock The Week and Live At The Apollo under her belt, as well as more risqué ventures, such as Roast Battle on Comedy Central. In that programme, two acts face off with each other to try and impress a panel of judges with their savage wit. There she exchanged cruel yet hilarious blows with Tom Allen, one of her best pals in the comedy world.

“If I had a massive secret I’d be a bit worried about doing something like that because you don’t know what the other person is going to say beforehand. But my stand-up is so confessional that there was nothing that Tom could say that people didn’t know already. You get used to fine-tuning your material to be on something like Live At The Apollo, but when you do a show like Roast Battle, you’re doing new jokes live on telly in front of Katherine Ryan and Jimmy Carr, and you just don’t know how it’s going to play in the room. Nine times out of ten you’re right about your material but then there is the odd one when the audience go, ‘no it’s just you that thinks that’. So, then it becomes therapy rather than comedy.”

As her star rises, Suzi Ruffell has plenty to ponder with her future as she continues receiving deserved acclaim from critics and audiences alike. And while she has an idea how far she wants to go in the comedy business, she isn’t worrying about whether she will reach the pinnacle. Well, not too much, anyway.

“I have ambitions but having plans really work. That’s something I’ve learned from this industry. I’ve done bits of acting and bits of other stuff, but touring and live stand-up the things I love. Having supported Josh, Romesh and Joe, I’ve played some of those rooms that are 1200 seaters and a bit bigger. Those sort of rooms small enough to make it feel intimate but big enough to make it feel like an event. Headlining those old theatres and going in people’s diaries six months in advance: that’s the dream for me.”

Nocturnal is being performed at the Brighton Komedia (18Mar) and The Hawth Crawley (1 May).