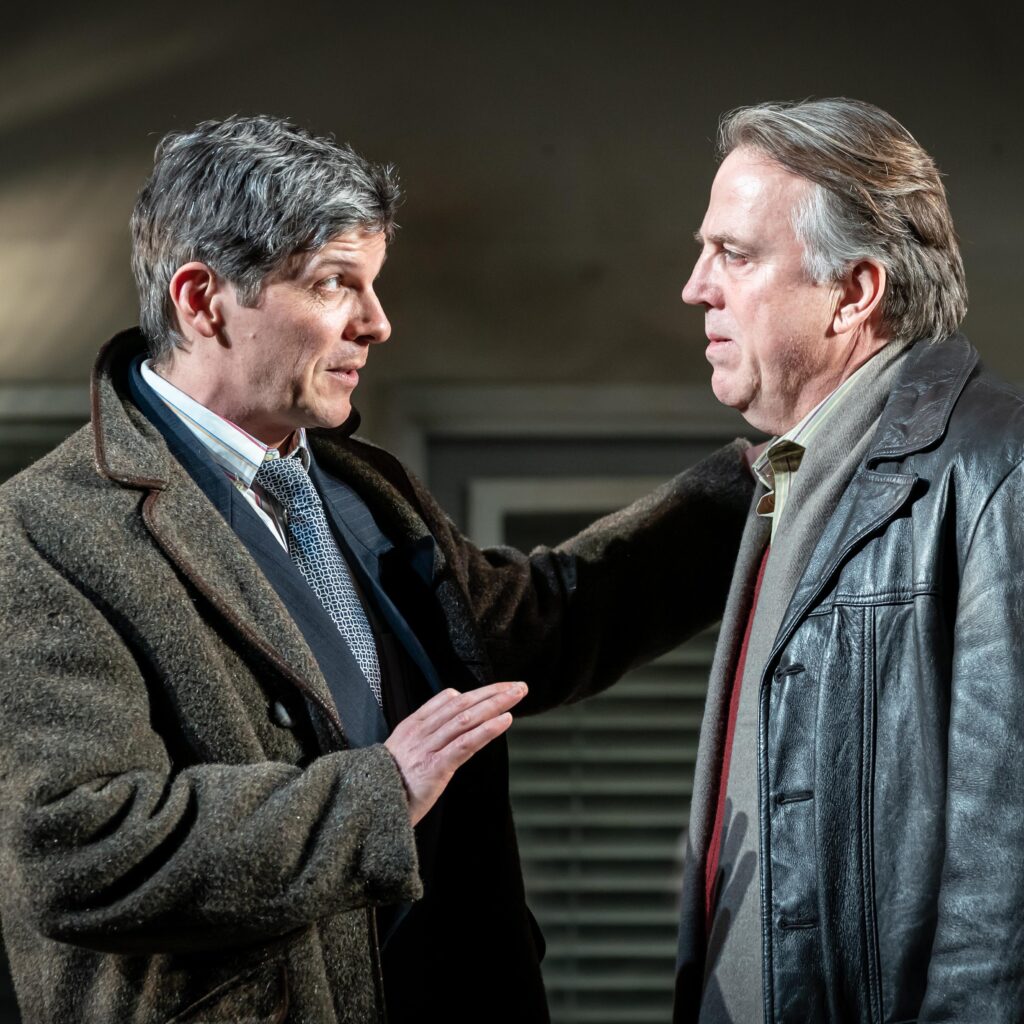 First performed in London in 1983 and following a West End run in 2017 David Mamet’s Glengarry Glen Ross opened on Tuesday at Theatre Royal Brighton as part of its nationwide tour.

The strong seven male actors are headed up by the well-known and recognised Mark Benton and Nigel Harman which may well draw in many audiences not familiar with either the storyline or Mamet’s work.

Having played in Chicago and on Broadway in 1984, the play opens in the well-designed set of a Chinese restaurant where the audience hear three different and successive conversations.  Shelley Levene (Mark Benton )  a real estate salesman, opens with a pleading negotiation  with John Williamson ( Scott Sparrow) the office manager, revealing the hardship he is feeling, as a previously successful salesman and the desperate measures he will take financially to break his run of bad luck and get himself back ‘on the board’.

As the play progresses, through the rather short first half, the plot develops through the conversations of the sales team presenting the hardships and competitive nature of the team. It is all about getting the leads, closing the sales and the winning the prize of the Cadillac.

The second half has more of an investigative nature to it; set in the actual run down sales office the plot unfolds realising the lengths the individuals in the team will go to win. Characters show varying sides of hard hitting sales in the 80’s, with Rick Roma (Nigel Harman) heading the pecking order as top salesman and George Aaronow (Wil Johnson) second guessing his competency.

There is strong language from all throughout the play and some outbursts where you seriously think that the character Dave Moss (and actor Denis Conway alike) may actually have a heart attack on stage. Comic moments are depicted through the struggles and stress that the team are under. Who wins the Cadillac?

You’ll have to watch and see.