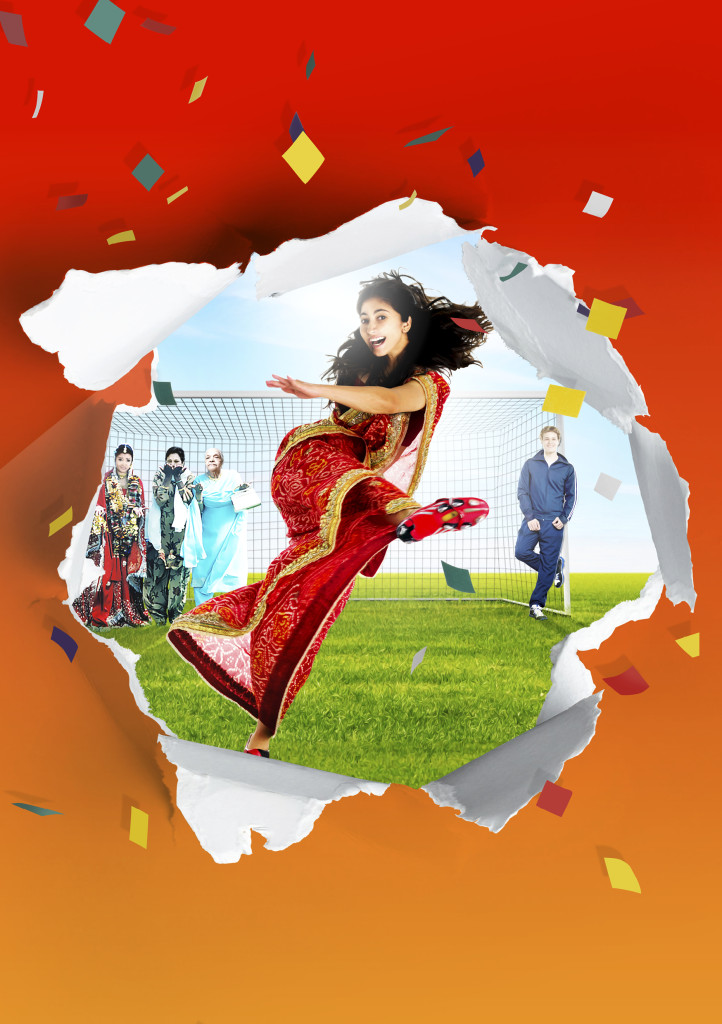 I saw Bend it like Beckham at the Phoenix theatre early in it’s previews therefore I have been sitting on this review for a while, partly because it is bad form to publish a review before press night also because since then a feeling of insecurity has come over me. 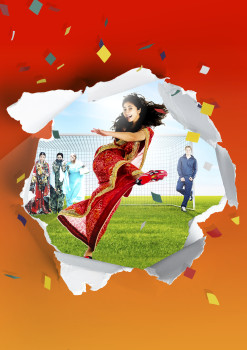 Press night was last Thursday and as soon as the show ending praise was poring in, leading critics were handing out stars like there was no tomorrow and it made me wonder whether the show had been altered dramatically during the preview period which of course can happen.

I didn’t hate Bend It Like Beckham by any means, I just didn’t feel that it didn’t rank the same as other five star shows such as Gypsy / Les Miserables and even the gorgeous fringe production of The Baker’s Wife playing at The Drayton Arms in Kensington.

Bend it Like Beckham has been adapted from the film of the same name by writers Paul Mayeda Berges and Gurinder Chadha and is directed by Chadha herself. Jess is a young Indian girl living in Southall with her parents and elder sister and has a passion for football. When she joins the Hounslow Harriers and becomes their top striker she is torn between the beautiful game and her love and duty towards her family.

Natalie Dew and Lauren Samuels faultlessly play Jess and her best friend Jules and they are supported by a large and enthusiastic cast. Preeya Kalidas also stands out as Jess’ chavvy sister Pinky as she prepares for her traditional Indian wedding that just so happens to fall on Jess’ cup final day.

Bend It Like Beckham is a colourful East West fusion of song, style and costume and has many stand out moments, the Indian Wedding was particularly impressive and I loved Aletta Collins’ choreography. However the show was not without it’s faults.

The music by Howard Goodall and lyrics by Charles Hart was catchy and lyrical but despite first rate vocals, I found but there were far too many songs and which were too long, particularly in the first act.

Staging football training and team matches on a London stage obviously presents it’s challenges. Here I felt the creative team were over ambitious and didn’t give the audience enough credit to use their imagination, instead they used various tricks using light and string to create the ball effects which unfortunately seemed rather cheesy.

The juxtaposition between East and West is the whole essence of the show but there were too many clichéd stereotypes for my liking. At first it was amusing but the jokes wore thin after a while, I am sure that if the word ‘Innit’was cut out out of the production I wouldn’t have been clockwatching throughout the second act worrying about catching the last train home.

I did feel that the production despite it’s faults offered something new to the West End and is likely to bring in a new audience. I was convinced when I saw it that with a few adjustments Bend It Like Beckham would make a first class production – maybe these adjustments have already been made meriting it’s array of stars.

1 thought on “Bend It Like Beckham | Phoenix Theatre | Review”