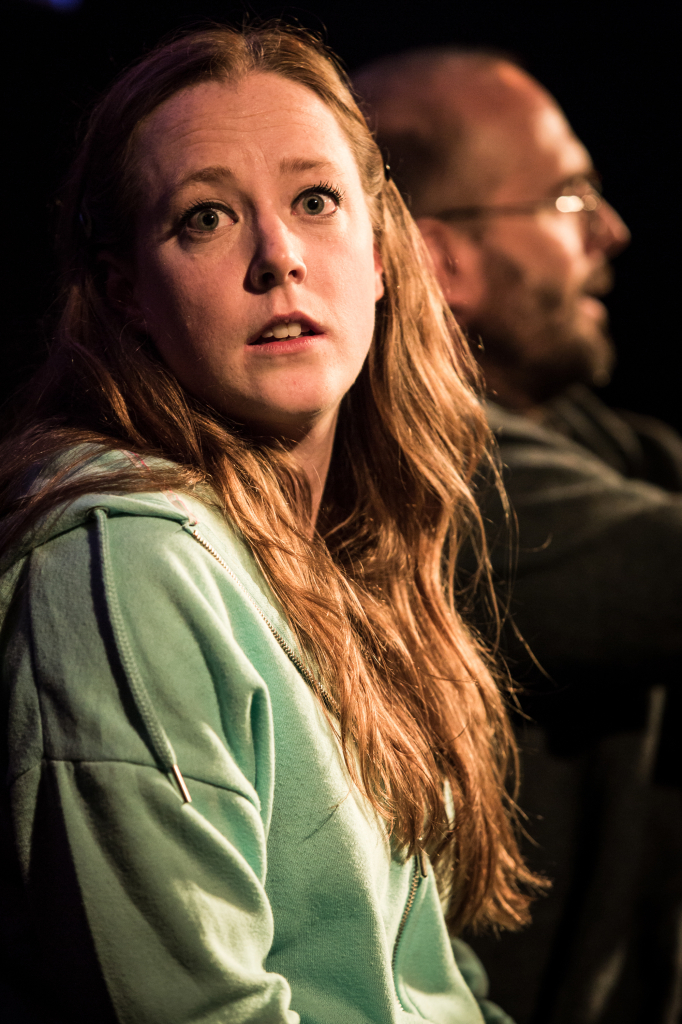 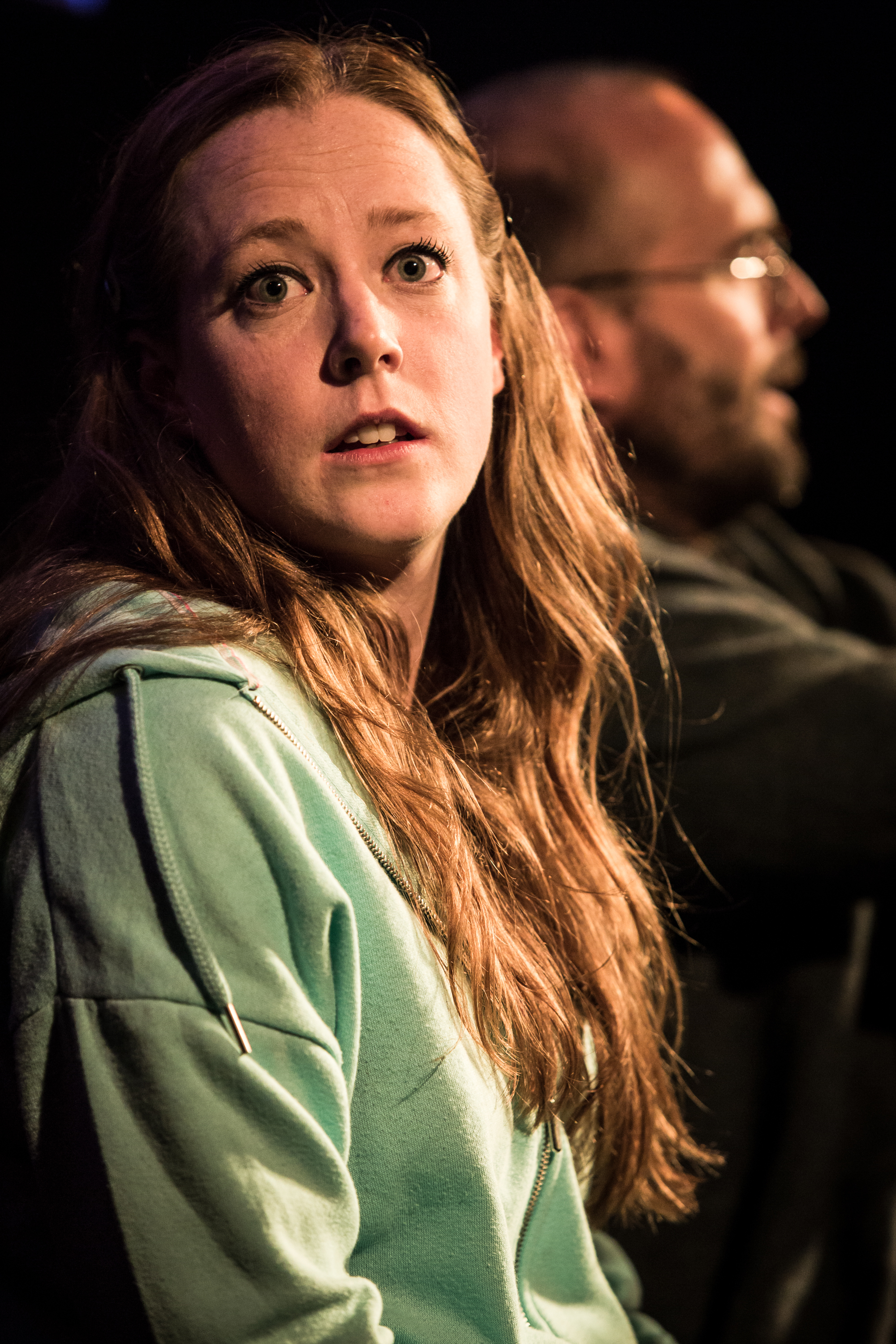 Last week I joined a group of Theatre Bloggers for a trip organised by www.officialtheatre.com to see the play ‘Autobahn’ playing at the King’s Head Theatre in Islington.

Written by celebrated American playwright Neil LeBute (The Shape of Things, Bash), and produced by Savio(u)r Theatre Company, the play consists of 7 short, rather bizarre and sometimes macabre stories. Each playlet lasts approximately 15-20mins and explores the relationship between two characters while travelling in a car. Each of the 7 playlets are either duologues or monologues with the second actor staying silent. 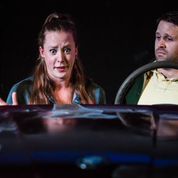 Directed by Tim Sullivan the set was simple but effective, half a car and a backdrop of a moving motorway. With little distraction it is easy to concentrate on the passengers in the car. There are a total of four actors in the whole cast (only two of which are in each playlet). I thought that they all were fantastic. They slip into their very different roles effortlessly, making you laugh, wonder, gasp and cringe as their stories unfold.

I am not familiar with LeBute’s work however I am told there is always a darker side and a twist in the tale, it is certainly true here. As each of the stories unravel and you begin to slowly understand the characters, in most cases they are not as straightforward as they first seem.

I had two firm favourites out of the playlets, both of which featured Sharon Maughan (Holby City, All The Children Cried). In the first she plays a Mother who spends the entire journey driving, not saying a word, listening to her daughter rattle on, (hmm been there), her reactions, or should I say non-reactions were wonderful. The second is when she returns home from a business trip and relays what happened to her husband played by Henry 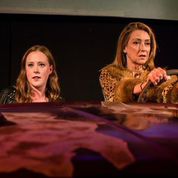 Everett (a Midsummer Night’s Dream, The Cripple on Inishmaan, Peter and Alice), this one was hilarious. The other male actor Tom Slatter (King Lear, 1984) who made us all giggle as the sweet boyfriend who begins to realise his girlfriend is not all she seems. Although for me it was Saviour’s artistic director Zoe Swenson-Graham (our town, At the Broken Places) who shone, each of her characters were compelling and yet completely different, I felt she gave each one justice.

I really enjoyed Autobahn, it completely took me out of my comfort zone. I didn’t enjoy all of the plays- this wasn’t because they were badly written or badly acted; it was simply because I didn’t relate to the characters. This was proven after the show when I was discussing the different playlets with the other bloggers. We found that we all connected to different ones depending on our age / gender / experiences etc.

As with many of my blogs I am once again indebted to Official Theatre for organising the event, thank-you, not least because afterwards we remained for a questions and answers session with Tim Sullivan and Zoe Swenson Graham led by the lovely Rebecca Felgate. Trust me the following video doesn’t give her fuchsia pink suit justice. If you have the time please click the link for further insight into what I thought was a thought provoking production.

The nearest tube station is Highbury and Islington.

Bit of Fun? – I am extremely late posting this review because the following morning I embarked on my own car journey, not with one companion – but with my three children. It took six and a half hours to get to Plymouth. The journey proved that LaBute’s premise is correct, the car is a great place to talk. You have time to stop and listen (or zone out if the case may be). During the journey I told them about the play (edited) and we came up with more plots that LaBute could have used – Check them out on Twitter and I invite you to come up with your own as well #Autobahn2 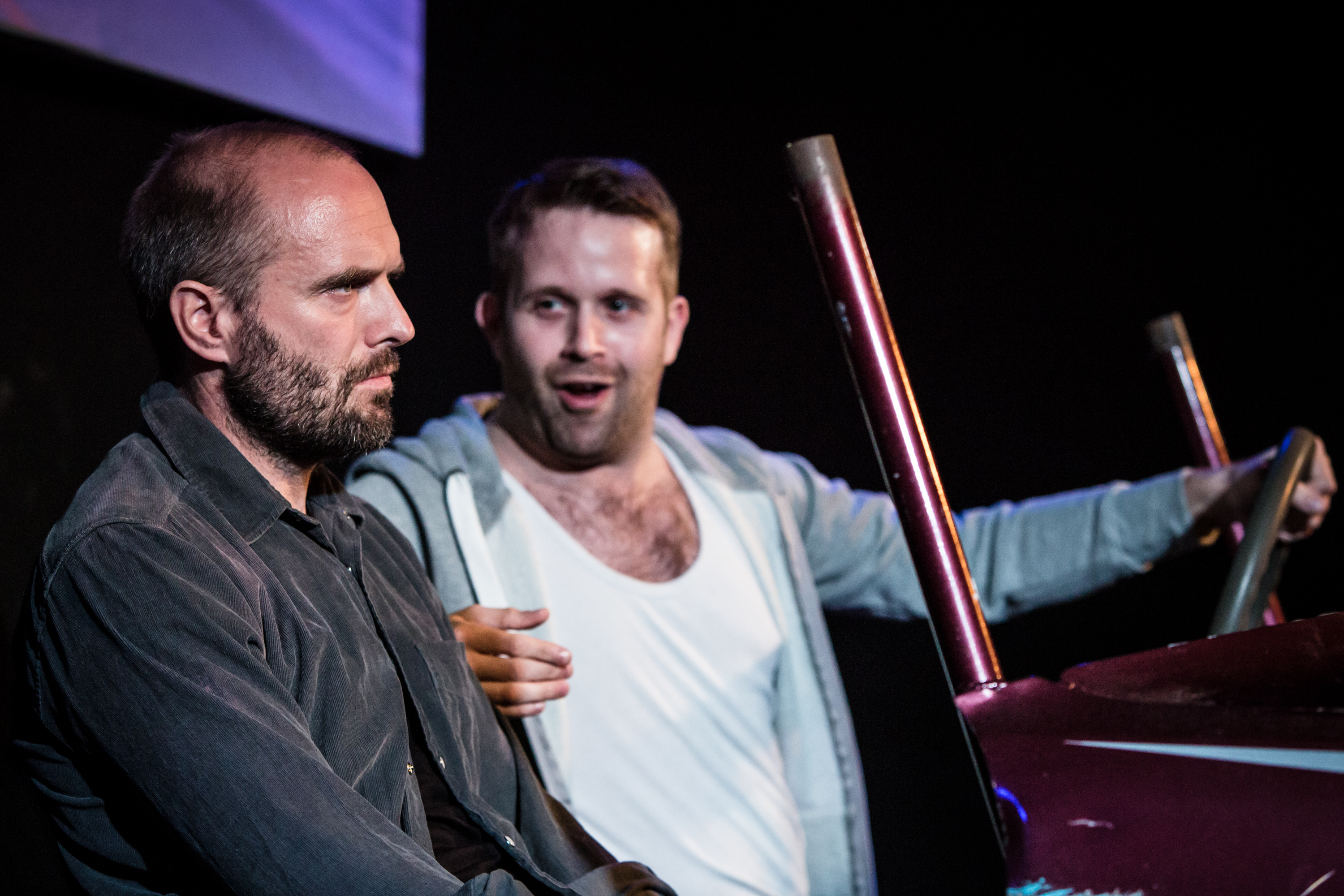